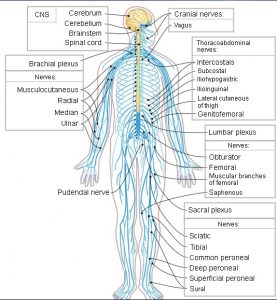 Did you know that even the slightest movements in your day involve the nervous system? Sensory neurons that are dispersed all around your body collect information about the environment around you and send it to the brain. Then the brain sends out motor neurons to transmit impulses from the brain to the muscles to help you move. So many things happen to make movements that you take for granted possible. This all happens because of the nervous system and I am going to explain some of how it works in this article.

Basically, the nervous system is a body system that connects nerves and fibers and helps with coordinating body activities. These nerves enable the brain to transmit impulses to all parts of the body, especially through the spinal cord. Impulses are electrochemical signals that can carry information and transmit it to different parts of the body.

The brain and spinal cord are both made of two kinds of cells: glial cells and neurons. Glial cells support and protect the nerve tissues, and neurons are the actual nerve cells. Neurons have a nucleus, cell body, dendrites, axons, and Schwann cells. Cell bodies contain a nucleus. Dendrites extend from the cell body. Dendrites receive nerve impulses from other neurons and conduct them toward the next cell body. Axons are long part of the neuron along which impulses are transmitted from the cell body to other cells. Schwann cells produce myelin sheath and cover the axon. 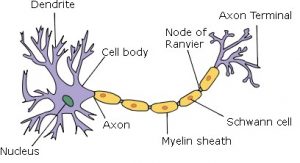 Diseases and Disorders of the nervous system

Parkinson’s disease is caused when the nerve cells in the brain are damaged resulting in the dopamine levels dropping. Parkinson’s disease also affects movements so tremors can occur. As the neurons which produce dopamine break down and die, symptoms gradually show up.

Meningitis is an inflammation of the protective layer that covers the spinal cord and brain. It is usually caused by an infection. It can cause headaches, vomiting, and fever.

Poliomyelitis is caused by a virus that attacks motor neurons which are located in the spinal cord. It can develop into a paralysis of muscles that are connected to the brain through neurons.

Multiple sclerosis occurs when the body’s immune system attacks the nerve’s protective covering. When the nerve covering gets damaged, the nerve impulse gets disrupted. And this damage to the nerve interrupts communication between the body and the brain.

Tetanus is caused by bacteria that are in the soil. When you get hurt and the skin gets cut, tetanus can invade the body through that opening of the skin. It can be really dangerous because they produce toxins and this toxin can damage motor nerves.

There are also disorders that are harmful to the nervous system. They are Alzheimer’s disease, dementia, epilepsy, and many more.

Alzheimer’s disease is the most common cause of dementia among the elderly. Dementia is a common mental disorder for the elderly and results in loss of cognitive functioning. It affects memory, thinking, and reasoning.

Epilepsy occurs when neurons malfunction and fire together again and again. It interrupts ordinary cerebral processing and it can even cause unconsciousness.

A Practical Everyday Use of Nervous System

When you play the piano, we need to process the sound to make sure that we are playing the right notes. When the sound is produced from instruments the sound waves travel to the outer ear and it goes through the ear canal. The ear canal contains wax glands and hairs to filter dust, pollen, and stuff that should not go into the middle ear. This canal leads sound wave to the eardrum and the sound waves bounce off the eardrum producing vibrations. This vibration then goes into the inner ear with the help of three small bones in the middle ear called the malleus, incus, and stapes. These bones form a delicate structure that helps amplify vibrations while maintaining the quality of the sound as well. When the vibrations pass the stapes it enters the fluid-filled inner ear which contributes the most in hearing. The main part of the inner ear is the cochlea which contains a lot of nerve cells. As the vibration from the stapes enters the cochlea, it generates waves in the fluid that leads the nerves to wave as well. Then the waving of these cells sends electrical messages into the auditory nerve. The auditory nerve carries it to the brain where it is translated.

But that’s not the only factor in playing an instrument. We also look at the music sheet to see what notes to play. The light reflects off the music sheet and goes into your eyes. This light enters the outer part of the eye called the cornea which helps the eye focus the light to make it clear. Then the light rays pass through an opening which is a pupil. The iris around your pupil controls the size of the pupil which affects the amount of light that passes through eyes. In the bright light, the iris narrows the pupil so that it will reduce the amount of light that enters the eye. But in dim light, it widens the pupil so that it can let in more light to see better. The lens behind the eyes will adjust to focus the light that comes into the eyes and help it look more clear. When these all work properly the light gets focused in the back of the eye which is the retina. The retina contains cells that are sensitive to the light and when it detects the light it turns it into electrical signals. And these signal go to the brain through the optic nerve. The brain corrects and connects the sense of sight to the things that we already know. And we read the notes like that. 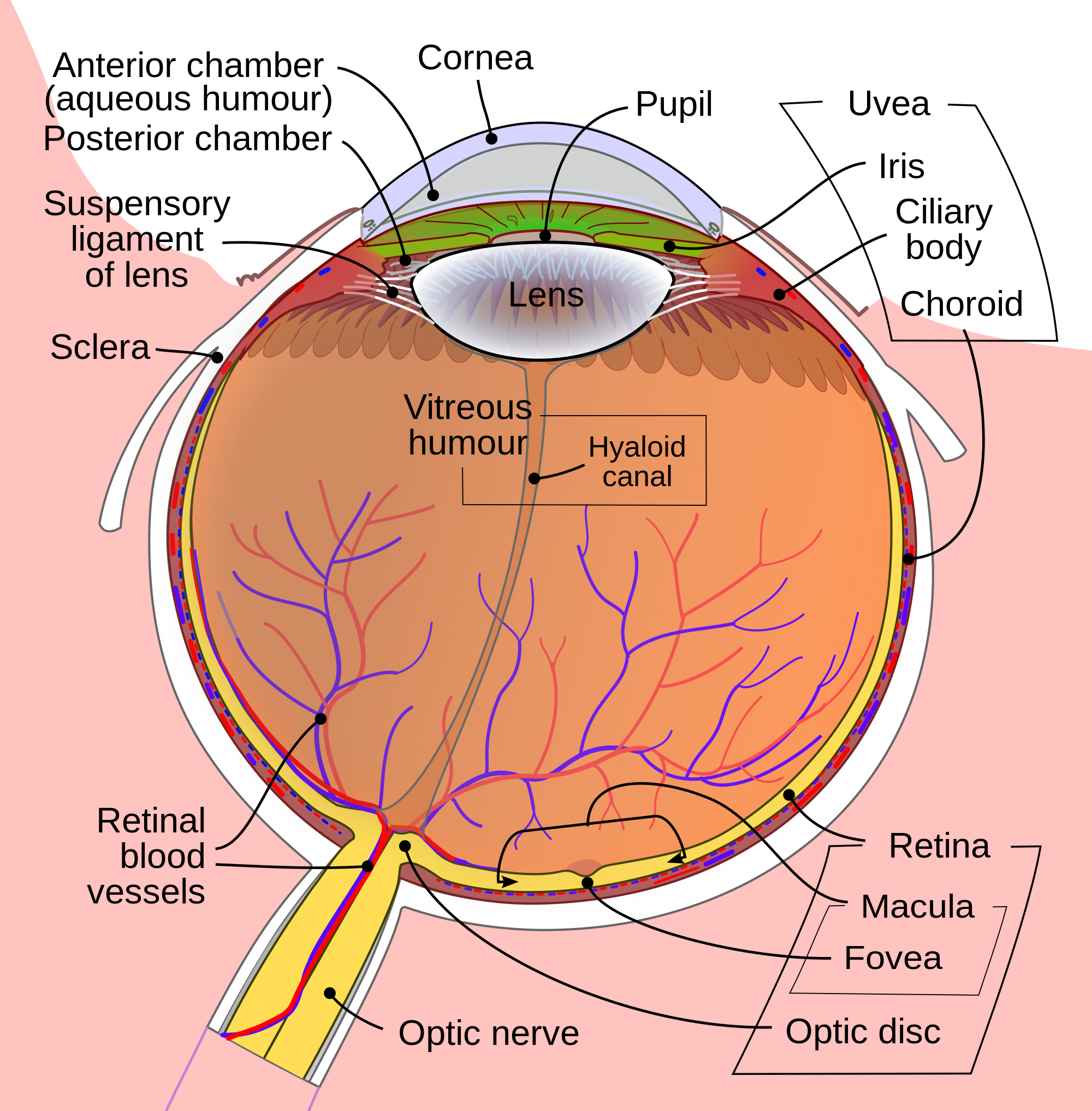 Then you need to move your fingers to play different notes. The information gathered from the eyes goes to the cerebrum and it decides movements you should make to play the notes correctly. Then the messages from the cerebrum are relayed to the motor area of the cerebellum. The cerebellum sends the messages through the thoracic nerve fibers to the right muscles in the fingers and signals them to move accordingly.