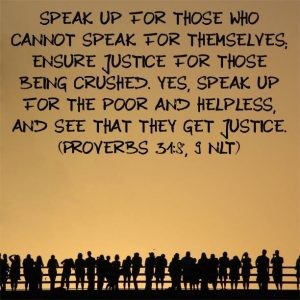 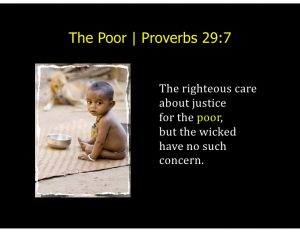 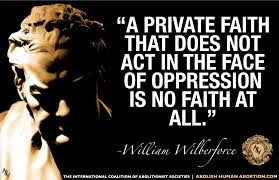 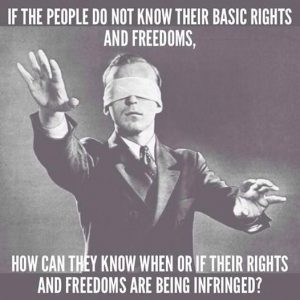 We’re excited to be starting a new Social Justice Sabbath School at Connect in association with Adventists for  Social Justice and led by Shelly Litchfield (who has been leading ministries and an activist for justice in the USA for years) and Bryan Bissell (who recently returned from 22 years in missions/ministry overseas and has also been an activist in various justice campaigns for years).  We’d love to have anyone interested in making a difference in this world in regard to current injustices of many types to join us at 10:15am on Saturdays near Southern Adventist University in the Chattanooga area (see this map/directions). Our general goals for this group are:

We’ll be looking at many issues and questions such as these:

In every generation, there are various deceptions that have caused difficulties, suffering and abuse for many people. God predicted this, but also told us that He has overcome the world and that He has the solutions.

He also said that godliness brings the most benefits on this planet and for eternity and that the essence of real godliness is to care for those in distress.

And throughout history, generation after generation, it is those who have learned and followed His principles that have succeeded and pioneered every major human right in history as many scholars and even atheists have said.

God first gave the Jews the most valuable truths in simple ways so that they could overcome major deceptions and their enemies.  And even though some of them definitely disobeyed, those who were godly and followed God’s plans influenced the most tremendous steps forward for humanity for their time (and often they are in advance of most nations of our time as well). This is especially true in the area of human rights as this short documentary “The Mystery of the Jews” (and many others) shows.

God had to give these valuable truths in simple ways because they had been ignorant and illiterate slaves in Egypt and so that all could understand and follow easily. In addition, making them simple causes some who are proud and powerful to ignore them, to their shame and to the glory of God.

Simple effective solutions are also a significant evidence of the genius of God. It takes incredible wisdom to know which principles and habits work best to increase freedom/human rights, health, happiness, wisdom, grades, intelligence, etc. and to explain them in easy ways so that large numbers of people, including those in the middle and lower classes and those who aren’t able to afford high quality education can understand and follow them and benefit. That’s precisely what God did in giving principles so that even the foolish could understand and become wise. This is the highest and must useful type of genius in the world and many great minds have called this genius since it is only in this way. And this is precisely what God has done.

Later, Jesus began the Christian church and gave them valuable truths. Like the Jews, some disobeyed, but the more some followed  God’s plans, the more they brought freedom around the world. Dr. Woodberry from the University of North Carolina–Chapel Hill (UNC) has done exhaustive research which shows decisively that protestant missionaries (esp. those not connected to the government) are responsible for over 50% of democracy, higher levels of printing, education, economic development, organizational civil society, protection of private property, the rule of law and lower levels of corruption in modern society.

And the layman’s level version is here:
https://www.disciplenations.org/media/CT-Article-On-Missionaries-And-Global-Democracy.pdf

In medieval times, Christianity almost single-handedly kept classical culture alive through recopying manuscripts, building libraries, moderating warfare through truce days, and providing dispute arbitration. It was Christians who invented colleges and universities, dignified labor as a divine vocation, and extended the light of civilization to barbarians on the frontiers.

In the modern era, Christian teaching, properly expressed, advanced science, instilled concepts of political and social and economic freedom, fostered justice, and provided the greatest single source of inspiration for the magnificent achievements in art, architecture, music, and literature that we treasure to the present day…

In a climate of multiculturalism and its mandate to “find the truths in all world religions,” it is hardly politically correct to say this, yet after reading this book, I must: No other religion, philosophy, teaching, nation, movement–whatever–has changed the world for the better as Christianity has done.”
“How Christianity changed the World”, p. 8

There are myriads of cases of godly Bible believers transforming the world (see many more cases here and here). Loren Cunningham (founder of the YWAM movement which inspired the SDA student missionary movement)  has written a book titled, “The Book that Transformed Nations”  and speaks briefly about some of the numerous nations that were radically changed and developed by gaining a knowledge of the Bible such as Norway, Korea and others.

In this short 3 minute video, he explains how Jesus is winning through missionaries going all over the globe now.
How the Bible Transforms Nations explainED

I have been overseas for 20 years and while there are for sure challenges and difficulties in some places, God is guiding many SDA missionaries and pastors to bring 10s, 100s, and 1000s to belief in God. If you or anyone you know is interested in serving God in China now, please check this page and contact Bryan Bissell!
http://blog.truth-is-life.org/mission-projects/mission-for-god-in-china/

When people give up belief in the Bible, human rights eventually decline severely as Dr. Montgomery has shown.

Why Human Rights are Impossible Without Religion https://www.youtube.com/watch?v=09TVTtHalkY

This is why many atheist scholars, historians, scientists, economists  like Murray Rothbard for example said that nearly everything good in western civilization has its origin with Christianity (from the end of this article https://www.lewrockwell.com/2008/06/walter-e-block/ayn-rand-was-wrong/ and other sources).

Even though deceptions triumph for a short time, they will be exposed in time and truth always triumphs in the end.
“Truthful words stand the test of time, but lies are soon exposed.” Proverbs 12:19

Ellen White said that God has granted us a flood of intellectual and scientific knowledge. But at the same time God predicted through the Bible and her writings that there would be many sophisticated deceptions as well. But as has happened in the past, they are exposed with time. Dr. William Craig refers to this in saying:
“The growth of Christianity has been compared to a huge incoming tide which advances and retreats, advances and retreats, but progressively gains ground over time.”[1]

We have a wonderful heritage of Jews and Christians who have gone before us and conquered many deceptions and evils, and now it is our turn. The Bible speaks about our time and even predicts many of the specific deceptions that will be common here and in other verses.

“…in the last days there will be very difficult times.  For people will love only themselves and their money. They will be boastful and proud, scoffing at God, disobedient to their parents, and ungrateful. They will consider nothing sacred.  They will be unloving and unforgiving; they will slander others and have no self-control. They will be cruel and hate what is good.  They will betray their friends, be reckless, be puffed up with pride, and love pleasure rather than God. 5 They will act religious, but they will reject the power that could make them godly. Stay away from people like that!  2 Tim. 3:1-5

“For a time is coming when people will no longer listen to sound and wholesome teaching. They will follow their own desires and will look for teachers who will tell them whatever their itching ears want to hear. They will reject the truth and chase after myths.” 2 Tim 4:3-4

The Bible tells us that greed is the root of all evil, and we can see that all over the world now.

Oxfam policy adviser Ana Arendar called for action a day after the latest Oxfam report was published and presented at the World Economic Forum in Davos, Switzerland.
“It’s disgusting, let’s be honest, it’s absolutely grotesque. That’s eight people, eight men, who own the same amount of wealth as 3.6 billion people. That’s huge. At the same time, we have 1.9 billion people going hungry very night, we have close to a billion people who are living on less than $2 a day. It’s completely unacceptable,”

The timing of the report isn’t accidental, either: the elites are scared of the events of 2016, and are seeking to prevent them from happening again, she said.

“Voices across the world, across the political and economic spectrum, have voiced that concern, for example, Obama, the pope, but also billionaires like Nick Hanauer, and even the World Economic Forum itself, for the third year in a row, has named inequality as the biggest threat to our security,” Arendar noted.

“Don’t just take our word for it: the World Bank, the IMF have also sounded the alarm that this growing and extreme inequality is holding back the fight against poverty.“

The solutions are simple, Arendar emphasized, saying: “When people talk about this, they really need to be listening to voices in poor countries, listening to aid organizations about solutions.”

“We would absolutely like concrete action from those gathered in Davos, and Oxfam is calling on them this week to be part of the solution to the extreme inequality problem by, for example, ensuring that the corporations that they represent, that they themselves are paying their fair share of tax, to ensure that their employees are earning a fair living wage, to pressure their governments to invest in public health and education services or in policies that we know go a long way to reduce inequality and poverty.”

When asked what’s in it for the rich and powerful, Arendar says: “A more stable, secure world. A healthy, educated workforce, greater global stability. The dangers of not dealing with this are massive.”
https://www.rt.com/news/373966-oxfam-report-poverty-wealth/

But again, Christians are rising to the challenge. In the last 30 years, Christians following 3 principles of Jubilee Economics in the Bible were major factors in cutting extreme poverty from 52% to 26%, helping over 1 billion people get out of poverty.  See more about this at this Jubilee Economics site.

Come be part of God’s team to beat back the many various waves of deception in our time and rescue humanity from the chains of deceptions and exploitation.  Each person has talents that can assist in this warfare against Satan that shows people that there is a God who cares about their needs and injustices now. If they see that Christians care about these problems on this earth, they will be able to trust us much more when we talk about a God who offers them eternal life as well!

Come join our Sabbath School to find out more!