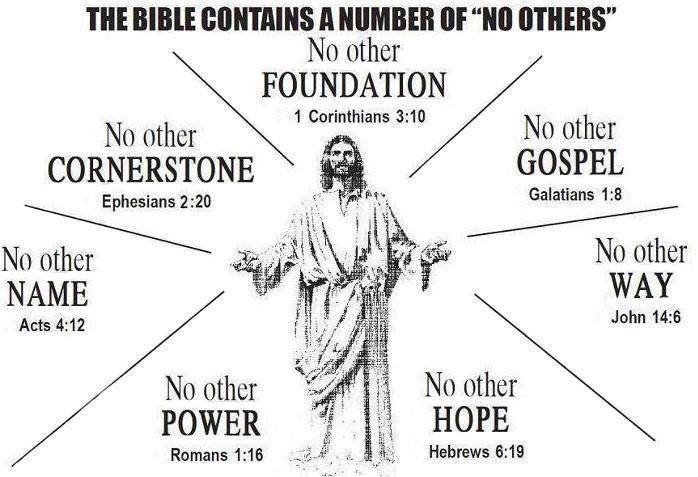 SUMMARY: The pagan idea of presupposing that materialist answers are the only conclusions allowed evolved into something called “methodological naturalism” and came to permeate first secular science in the 1800s, but eventually a lot of Christian scientists were deceived into accepting it as well.

The Bible specifically predicted that there would be willful denial of facts and truth by both believers and nonbelievers.

Methodological naturalism is one very direct 100% fulfillment of this prediction of willful denial of truth about creation and the flood predicted by God. And presuppositional apologetics is very dangerous too, because it makes people unable to change their traditions to accept new and valuable truths from God. They usually just stay stuck with what they learned growing up or what people they admire say or what their family and friends believe. It’s comfortable, but not truth. And we have to change this foundation if we want more people to accept the biblical truths we SDAs have been given.

Methodological naturalism is the key big war that is the root foundation of many conflicts in the world, yet most atheists, skeptics and Christians are ignorant of it even though it is foundational cause of a whole lot of evil, abuse, waste and destruction in the modern world as well as the cause of millions of deaths every single year as evidence from scientific research shows. By its very definition, methodological naturalism is an a priori fallacy and that means it is a complete rejection of the objective principles of truth seeking. That is also similarly true of presuppositional apologetics which completely denies how faith in the Bible was used, as a conclusion of the vast majority of facts, evidence and proof. For 1000s of years, the biblical way to convince people of biblical faith was to show that it had more overall evidence than any other rivals. The Bible forbids making conclusions before checking evidence as gullible (prov. 14:15) and presupposing your views are right as wicked madness (Eccl. 10:13).That means that the biblical concept of faith was basically equivalent to truth, following the weight of evidence wherever it leads.

Richard Dawkins, during an interview about his book, The God Delusion (which has been rebutted brilliantly by Dr. Lennox in his book, the Dawkins Delusion), made the real issue clear:

“[T]he big war is not between evolution and creationism, but between naturalism and supernaturalism.”[2]

Many secular scientists like Kansas State University immunologist Scott Todd have openly admitted using this a priori fallacy that contradicts how science worked for 1000s of years, following the evidence wherever it leads.

“Even if all the data point to an intelligent designer, such an hypothesis is excluded from science because it is not naturalistic.”[3]

Another example of distorted “science” is this:

“Science is an attempt to explain the natural world in terms of natural processes, not supernatural ones. This principle is sometimes referred to as methodological naturalism.” Eugenie Scott, former head of National Center for Science Education

Dr. Lewontin writes that science does not require methodological naturalism.

“It is not that the methods and institutions of science somehow compel us to accept a material explanation of the phenomenal world, but, on the contrary, that we are forced by our a priori adherence to material causes to…produce material explanations…that materialism is an absolute, for we cannot allow a Divine Foot in the door.” Richard Lewontin “The New York Review”, “Billions and billions of demons”, January 9, 1997, p. 31***

Dr. Bradley Monton, an atheist philosopher with a Ph.D. in philosophy from Princeton points out that if we impose methodological naturalism on science, then science won’t be about finding truth, just confirming a priori biases.

Dr. Kurt Wise, a Christian creationist who did a Ph.D. in paleontology and MA in geology at Harvard University says:

“The philosophical foundations of biology, as presented in [secular] textbooks, are fundamentally naturalistic in nature. The nature of reality, the nature and value of truth, the purpose of science, the nature of science, the definition of biology, the history of biology, the definition of species, the definition of higher taxa, the purpose of biosystematics, the biosystematic method(s)— all these things and many more are generated from a naturalistic perspective…Everything in biology is different in a biblical worldview. Perspectives on how life began, what life is, what life is for, and where life is going are all different, as are perspectives on how humanity began, where it is going, why it is here, and what its responsibilities are to the rest of the world.”

If we don’t educate SDAs members, pastors, educators, missionaries to understand the materialistic fallacy of methodological naturalism that undergirds almost every modern deception, SDAs (and genuine non-believing seekers) will NOT be able to distinguish between true science and false science in any objective way, nor able to explain that their faith is grounded on truth and proof as God, prophets and apostles did.

This could not be a more serious issue because it results in real cases like this of an SDA growing up in a missionary family, but then because of not understanding how to reason objectively based on truth and proof, confusing true and false science and leaving our church. He said:

“Despite a loving Christian indoctrination, I came to realize that when beliefs and evidence are in contradiction, personal honesty requires imposing the evidence on one’s beliefs, and not the reverse…” Doug M

This concepts is the root of almost every secular deception that exists today from Darwinism to Freudian psychology to materialistic economics to chemical agricultural industries to materialist theology that denies the supernatural and many others.  All of these ignore the ideal way God created this world to function best. And they do harm to millions of lives every year.