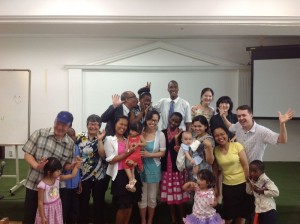 Welcome to our page! We’re so glad you’ve taken time to visit. GIFT ministry is an international ministry that located ~10 minutes walk from the Myungnyungdong or Oncheonjang subway stations in Busan (click here or here for maps to our location) . Every Saturday, we have a discussion class at 10am, worship at 11am, potluck with people bringing great food from several cultures at ~12:30 and then afternoon activities, Bible studies, service outings, etc.

GIFT is an acronym for Gateway International Fellowship for Truth. GIFT started in order to:

1) LEARN/SHARE CRUCIAL TRUTH: We wanted to design a Christian fellowship where people can learn, experience and share the truths of God that have transformed millions of lives and many nations in history and the present. The truths of history matter a great deal. Without those seeds, the tree of civilization that we enjoy now could not exist. These truths of history inspired Christians to pioneer nearly all human rights and freedoms and benefits in the modern which is not only one of the many purposes of godliness, but one of the most important proofs of truth all over history, science, history and the Bible (some academic references are below). 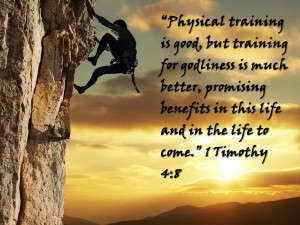 Christians such as John Newton and William Wilberforce pioneered abolition based on Bible principles of equality and opposing slavery (Matthew 23:8, Galatians 3:28, 1 Timothy 1:10).

The full movie is here:

Christians are now working to end economic injustice around the world in many ways. See this site for an intro:

Many people have differing ideas about what truth is. But scholars and dictionaries throughout history have defined it quite simply:

And if you know the truth and use it wisely, as Jesus said,
“The truth will set you free.” John 8:32

There are many ways that people say truth can be found. But the 3 that most scholars, science, the Bible and other wise sources agree have produced the most good for humanity and progress in science are these:

Pragmatic truth is considered by many to be the gold standard proof of truth, because to find it, you must use correspondence truth (scientific/historical evidence) and coherence truth (track record). So it usually has at least 70-80% of the overall evidence on its side or more.

I HIGHLY recommend the “Come Search with Me”seminar for an introduction to solid reasons to believe Christianity over any other worldview. It’s by a man who grew up Hindu, then became atheist and then became a Christian based on evidence and proof.

Christianity has brought a myriad of benefits to almost every human being on the planet now as even atheist scholars admit.

If you wonder why we meet on Saturday, there are many biblical reasons.  We do it mostly because we love Jesus and think He is wiser and knows what is best for our lives. We are saved by grace alone, but God promises that those who keep His laws will benefit in all sorts of ways. This 5 minute video gives a good introduction to why we keep Sabbath:

2) PERSONAL TRANSFORMATION: We want to transform our lives day by day to be more like Jesus, since His life has brought incredible changes over time to countless lives in history. As we see changes, we want to celebrate the truths of God that empower our lives in very practical and down to earth ways and to grow together in our spiritual walk and experience with God as individuals and a community.

A few of the millions who have experienced changed lives can be seen here:

3) COMMUNITY: To recharge and refresh spiritually and connect better with a community to enjoy interesting experiences & adventures in the local area (like retreats and a waterfall jumping trip we took to Meeryang with ~50 people one year) as well as serving others as we see needs around us. 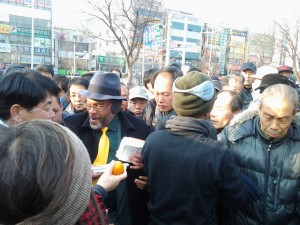 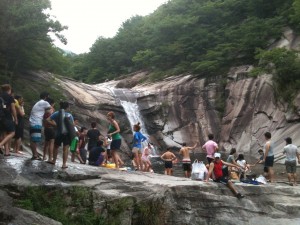 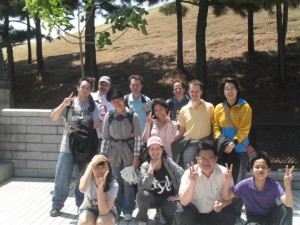 More can be seen here and here

4) CHANGE THE WORLD! To learn how Christianity has radically change the world in many areas and to participate in serving people and advancing truth in a variety of ways. Some of the myriad of areas that Judeo-Christianity has helped pioneer are almost all human rights, most of the foundational methods and branches of modern science, modern education, modern health principles and medicine and so much more.

“Across the centuries Christianity has been the means of reducing more languages to writing than have all other factors combined. It has created more schools, more theories of education, and more systems than has any other one force. More than any other power in history it has impelled men to fight suffering, whether that suffering has come from disease, war or natural disasters. It has built thousands of hospitals, inspired the emergence of the nursing and medical professions, and furthered movement for public health and the relief and prevention of famine. Although explorations and conquests which were in part its outgrowth led to the enslavement of Africans for the plantations of the Americas, men and women whose consciences were awakened by Christianity and whose wills it nerved brought about the abolition of slavery (in England and America). Men and women similarly moved and sustained wrote into the laws of Spain and Portugal provisions to alleviate the ruthless exploitation of the Indians of the New World…By its name and symbol, the most extensive organization ever created for the relief of the suffering caused by war, the Red Cross, bears witness to its Christian origin. The list might go on indefinitely. It includes many another humanitarian projects and movements, ideals in government, the reform of prisons and the emergence of criminology, great art and architecture, and outstanding literature.”
[A History of Christianity, Vol. II, pp.1470,1471].
http://www.tektonics.org/scim/sciencemony.htm

We wish to enrich the lives of others and especially serve those going through challenges since God has sacrificed so much for us (Matt. 25, James 1:27, etc.). Helping homeless, counseling, sponsoring poor children and visiting orphanages are just a few of the ways we try to lighten the burdens of others.

Albert Schweitzer explained one benefit of doing this.
“One thing I know: the only ones among you who will be really happy are those who will have sought and found how to serve.”

5) FREEDOM TO QUESTION
Create an atmosphere where people feel freedom and are encouraged to ask hard questions about God, truth, life and other issues. Even prophets  had doubts at times. God can handle that and we should share and look for answers to hard questions. Test EVERYTHING the Bible says, and  hold on to the good (1 Thessalonians 5:21).

God gave us a mind in order to use it, not waste it. It’s because of Christians asking hard questions in the past that nearly all major Christianity claims have significant and sometimes conclusive evidence supporting them (scientific, historical, logical, etc.)

Like many Christians in history, we have followed the evidence where it leads and found much satisfaction and confidence in Christianity’s explanation of the evidence.

6) BETTER HEALTH:  Dan Buettner, a secular scientist and lead research for Blue Zones (he worked for National Geographic) states that just having faith or a belief in God adds 4-14 years to life. Much secular research confirms this.  For those who follow Bible health principles carefully, its at least 10 years high quality extra life (as in people water-skiing at 103, working as heart surgeons at 97, playing basketball into their 80s like my grandpa, etc.). See these links for more details on this:
http://www.ted.com/talks/dan_buettner_how_to_live_to_be_100.html (secular researcher)
http://eslmission.truth-is-life.org/docs/esl/Health–choose%20your%20future-best.doc (some Bible health principles).

Gods promise of health and longer life to those who listen to him in many places has been literally fulfilled (see Prov. 4:4, 22, Matt. 19:17, Prov. 7:2, Prov. 10:27). Science is catching up to the Bible some now, but for 1000s of years, those who trusted and followed God had these health benefits (and those below), while those who didnt lost them.

7) HAPPINESS: Many studies show that those who are religious are happier than those who arent. While money is an important resource esp. to take care of basic needs, education, and accomplishing certain dreams, making it a top goal of life will almost certainly harm happiness. 

Happiness researchers agree with Simmons and Chatsky:
“Purposeful work is what makes people happy. And finding religion. And family.”
The New Science of Happiness http://www.time.com/time/magazine/article/0,9171,1015832,00.html
http://abcnews.go.com/2020/story?id=123606But Will it Make you Happy http://www.nytimes.com/2010/08/08/business/08consume.html

The Bible values money and God even gives the ability to make money (Deut. 8:18).  But, the Bible helps people keep money in proper perspective.Myth Lies and Straight Talk (Myth #9)

GET AN ATTITUDE OF GRATITUDE: One of the big factors in happiness is having an attitude of gratitude, looking at the good things we have in life. Emmons, a psychology professor at the University of California, Davis, says,
“Scientists are latecomers to the concept of gratitude, Emmons says. Religions and philosophies have long embraced gratitude as an indispensable manifestation of virtue, and an integral component of health, wholeness, and well-being. http://www.futurity.org/top-stories/why-gratitude-isnt-for-wimps/

When living in a foreign country, it’s really easy to focus on the negatives and everything that is different from how we grew up and what we’re comfortable.  But,  having this approach of gratitude can make a major difference in our experience here. I’ve seen some teachers choose to focus on the negatives of Korea and have a horrible experience while others have a great experience because they chose to think of things to be thankful for.  The Bible helps here too wisely telling us that it’s God’s will for us to look for the positives and give thanks in whatever situation we find ourselves in (1 Thess. 5:18). At holidays especially, we may be missing our family and friends, but we can decide to focus on the many privileges we do have, ranging from having a job and friends to the incomparable gifts that God has given us through His Son Jesus including life itself.

I would bet almost anything there are still many benefits from following God that science hasn’t yet figured out yet. Since I want the best life on this earth as well as for eternity, considering the track record of the Bible in 100s of cases like those above, it makes at least as much sense to trust God as it does to trust education, teachers, parents, science, etc.

I’ll close with a quote about Jesus and the impact He has made on the world that continues to this day:

Jesus of Nazareth without money and arms conquered more millions than Alexander, Caesar, Mahomet (Mohammed), and Napoleon. Without science and learning, He shed more light on things human and divine than all philosophers and schools combined.  Without the eloquence of schools, He spoke words of life such as never were spoken before or since, and produced effects which lie beyond the reach of any orator or poet.  Without writing a single line, He has set more pens in motion, and furnished themes for more sermons, orations, discussions, learned volumes, works of art and sweet songs of praise, than the whole army of great men of ancient and modern times.Born in a manger, and crucified as a malefactor, He now controls the destinies of the civilized world, and rules a spiritual empire which embraces one-third of the inhabitants of the globe.  There never was in this world a life so unpretending, modest, and lowly in its outward form and condition, and yet producing such extraordinary effects upon all ages, nations, and classes of men. The annals of history produce no other example of such complete and astonishing success in spite of the absence of those material, social, literary, and artistic powers and influences which are indispensable to success for a mere man.” Philip Schaff, http://www.inplainsite.org/html/Jesus.html

We hope you join us someday soon!
The GIFT Crew