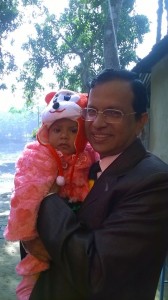 Some people may wonder who Lawrence Boidya is and what he has done so far. Below is a short testimony of how God has helped him and is using him to improve the lives of students in many places and a couple pictures.

I, Lawrence D. Boidya, was born in a Christian family of 10 siblings. My parents were illiterate, so I hardly paid attention to school or understood its meaning, because hardship and poverty was our daily family companion.

An Adventist man visited our village and a conducted crusade in 1977. Later he asked me, “Do you want to get education?” I replied, “yes.” He then paved the way for me to an Adventist school and I went there on 2 September 1979, about a month before a new quarter starts. From 3 September 1979, I started working there for 8 hours a day without any weekly holiday. The month went by, quarterly examination took place and new quarter started, but I could not go to school. I was told that I have to continue working until December and then from January 1980 I will join school. I worked faithfully.

In the mean time the one who was responsible for fixing sponsorship for the poor students in the school took my photograph had me filled in a form and did everything required. Before January next she informed that my sponsorship was confirmed.

I took admission and class started. One misfortune struck me is that I got severe allergy in my eyes. Both my eyes were itching and watering. At one point I lost eye sight for about three weeks. The school decided to send me back home. Then the then boys’ dean stepped in and took me to the principal and said, “This boy did not come to school with his eye problem. Treat him properly and then send him back home, if you want.” The statement prompted rethinking in principal and he instructed the school nurse to take care of me. The treatment went well and I got my eye-sight back.

I started studying. In the first quarter I secured 9th position in the class, in the second quarter 10th, in the third quarter 3rd and finally secured 1st position in the 4th quarter final examination and was promoted to next higher class. My studies continued to improve as I climbed up in higher class and it so happened that at one point in the whole school including junior college I was the boy scoring the highest number. I could not beat two girls who happened to come from highly educated parents.

Though I was quite a bright and had a burning desire to continue my studies, poverty heavily struck me. So, soon after I finished my Division School Leaving Certificate (DSLC), which is equivalent to 10th grade, I started looking for a job. DSLC was then conducted from Southern Asia Division (India). This specific certificate did not carry much value in Bangladesh, and I did not get a job. Then with intense hardship and poverty I appeared in the Secondary School Certification (SSC) Examination under Bangladesh government (10th Standard), and I was the only one securing the first division in the school.

Since I had the burning desire for higher studies, I continued ceaseless prayers and started searching for a sponsorship. After about three and a half years God opened a door for me and paved my way to Southeast Asia Union College (SAUC), Singapore. By His grace I completed Bachelor of Science in Business Administration (B Sc B A), which was an affiliation program from Walla Walla University, Washington, USA. At SAUC God gave me two sponsorships. Then I remembered the verse that said, “I may have too much and disown you and say, ‘Who is the LORD?’ . . .” and derail from studying. So, I wrote to both the sponsors and had them to decide. Finally, one of them continued his support. 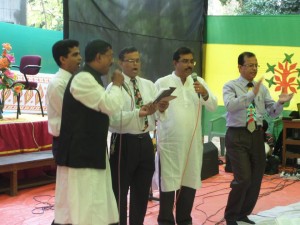 God gave me a good job soon after I returned to Bangladesh. In the mean time a strong desired rooted in me as how to build a church building in my village and simultaneously how to help other needy students. With permission from Bangladesh Adventist Union Mission, I raised some fund and deposited it with the Union Office. After a few years, a church building was constructed in my village. By the grace of God, from the beginning of my job I tried to help others needy students either with little money or with my counsel according to my capacity. 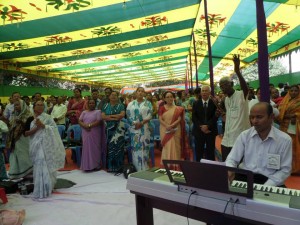 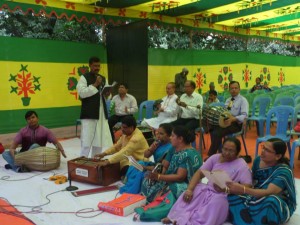 I love social work. So, to enhance education I constructed two libraries with the help of German Embassy and with the help of Qatar Charity I installed 36 deep tube-wells to provide safe drinking water to the needy. I do have a strong desire to help the needy. So, I want that God will use me for the noble purpose.

God helped me to come up to this position through many people: teachers, sponsors, well-wishers and many others that I do not remember. Their every little effort helped me climb up. I am grateful to them all.

Thank you for considering helping in the work we are doing to help and assist many students to get an education in Adventist schools. I know by experience how much this changed my life and I pray that through your contributions and prayers, many more lives will be changed for eternity.

God’s richest blessings to all who are investing in eternal treasure!
Lawrence Boidya